John Innes from Foveran, was coxswain of the Newburgh life boat from 1908 -1931. On the night of October 15th 1923 the trawler, Imperial Prince, ran aground off Black Dog north of Aberdeen, and the Newburgh Lifeboat made two unsuccessful attempts to rescue the crew. When the crew of a cruiser in Aberdeen harbour volunteered to take the lifeboat out again, the exhausted John Innes went as coxswain and seven of the nine crew were rescued. For his bravery, he was awarded a silver medal by the RNLI.

His portrait, by James McBey is displayed in Aberdeen Art Gallery, which we will be visiting when it re-opens. A local artist and a local hero to inspire us in the difficult weeks ahead. 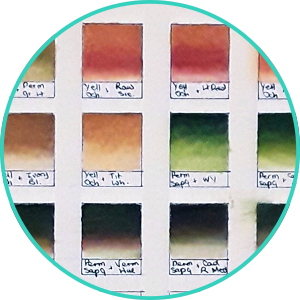